2.7 Édouard Manet and the Birth of Modern Art 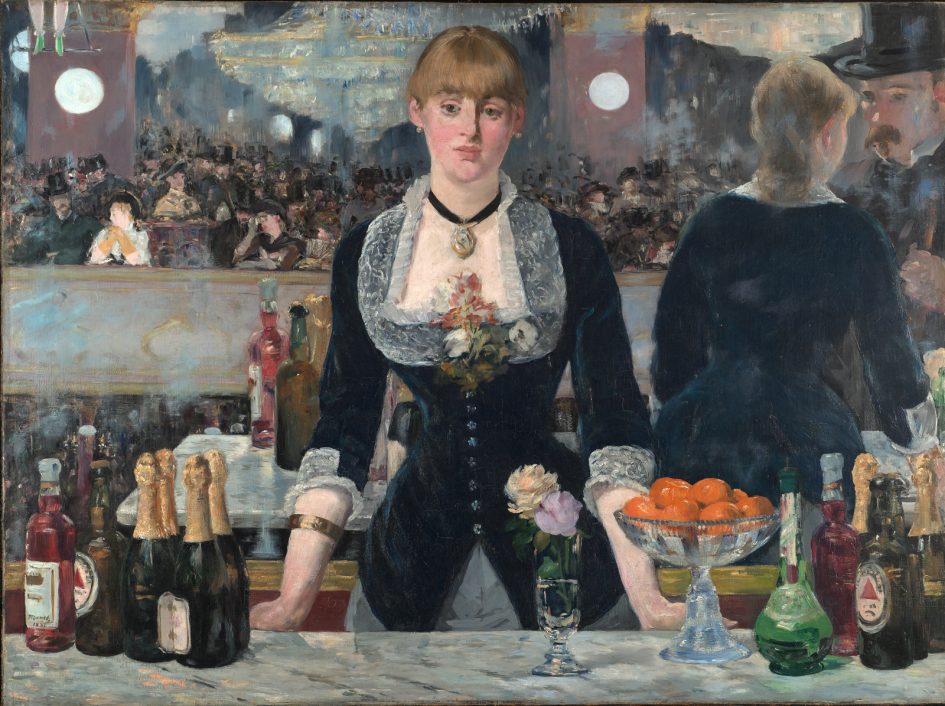 We have discussed a number of the social and political changes that France underwent in the 19th century, and there were also significant changes to the built environment in the capital city of Paris. During Napoleon III’s Second Empire, Baron George-Eugene Haussmann’s reorganization of the urban center redefined Paris. This urban planning was not only an attempt to bring more light and air onto wide boulevards but also an attempt to prevent the blockades of narrow, winding medieval streets conducted by popular uprisings from the French Revolution though the first half of the nineteenth century.

Smarthistory: Haussmann the Demolisher and the creation of modern Paris

One significant structure completed during this redesign was the opera house, a building designed for the new-found leisure time of the bourgeoisie, creating an environment of sight-lines for seeing and being seen.

The American Impressionist painter Mary Cassatt (1844-1926), who had a very successful career in Paris, painted women in this space, paying particular attention to ways in which women are as much subject to the male gaze as are partakers in the visual pleasures of entertainment inside spaces like the opera house. We will return to her with the study of Impressionism, but her painting In the Loge is instructive for understanding these new spaces of leisure in 19th century Paris.

Smarthistory: Mary Cassatt, In the Loge

The legacy of Édouard Manet (1832-1883) looms large in the history of modern art. His paintings pushed the envelope with their formal style and flatness, daring and modern subject matter, and defiant position in the cultural context.

Two of Manet’s most significant canvases prompted controversy at major art exhibitions. The 1863 Salon des Refusés, an exhibition set up by Napoleon III in response to the outcry over the Salon’s conservatism, was a significant moment in the anti-academicism of modern painting. Manet’s Luncheon on the Grass, a painting that deliberately quotes the pastoral tradition and Renaissance painting, caused quite the stir.

Smarthistory: Manet, Luncheon on the Grass

In the Salon of 1865, Manet again courted controversy with his ability to cause established and respected themes from the renaissance to clash with the social realities of 19th century city life with Olympia.

How are these two paintings provoking middle class taste? How are they engaging art history while still producing something new and provocative? What specific visual elements in the work are a departure from earlier French painting? How does “the gaze” operate in these two canvases?

Looking at the responses to Olympia, what are some of the specific things about this painting that people reacted to? What makes these elements particularly offensive to popular tastes? How do these elements connect to what you know about modern art?

Manet’s last major painting, A Bar at the Folies-Bergère, again hinges on relation of power, gender, and class through the intersection of visual gazes in a highly complex composition. The painting’s spatial complexity implicates the viewer and reminds us of Velázquez but with a decidedly modern subject.

Courtauld: Manet, A Bar at the Folies-Bergère

Smarthistory: Manet, A Bar at the Folies-Bergère