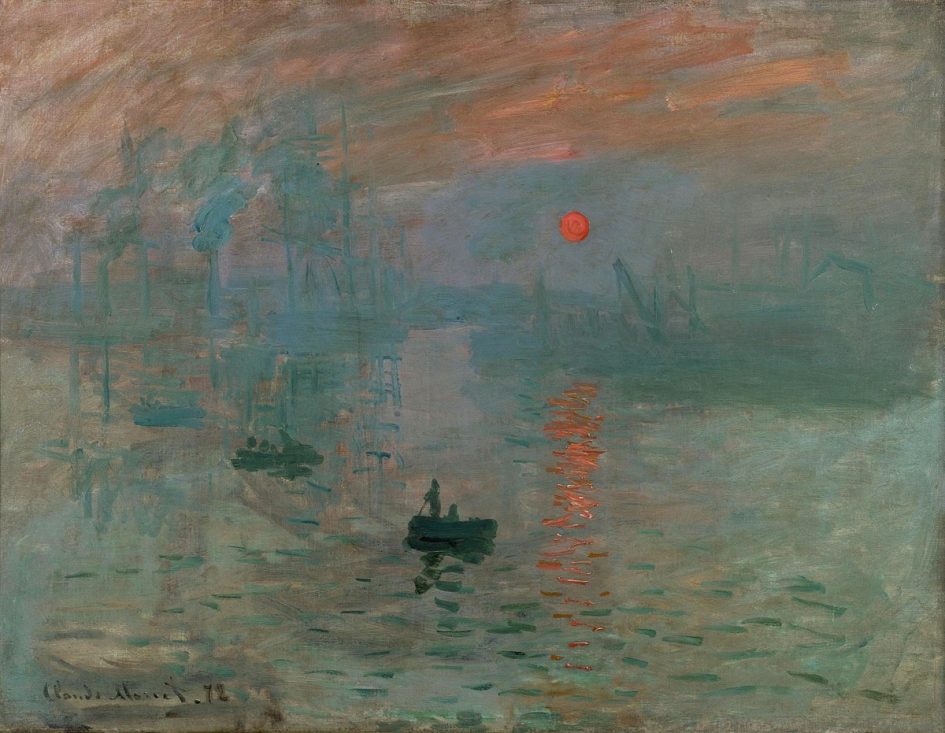 While Impressionist painting seems very established today and is often among the most popular galleries in major museums, it initially entered the Parisian art world as very much counter to the work being exhibited the Salon, and some critics had no idea what to do with it. In fact, the term “Impressionism” derives from an insult of a critic making fun of the loose styles of artists in what came to be known as the first Impressionist exhibition in 1874. The loose and visible brushwork of their paintings not only starts a formal progression towards abstraction and the liberation of color from illusion and description, but also stems from the practice of “plein air” painting, or painting outside, directly in front of the subject, in order to immediately capture the light and colors on site.

What are the things that Leroy criticizes in the exhibition? What does this suggest about his usual expectations for artworks? How does Impressionism respond to modern life and technology?

In addition to responding to the fleeting impressions of light and color, Impressionists were also interested in very modern forms of life and entertainment, much like Édouard Manet, who though not identifying with the movement and not painting entire canvases en plein air did occasionally exhibit with them.

Met Museum: Edgar Degas, The Rehearsal of the Ballet Onstage

The Impressionist’s position outside of the Salon also afforded opportunities for success for a number of women artists, especially Berthe Morisot and American expat Mary Cassatt, whose painting In the Loge we looked at in the last class.

What are some of the differences of access to spaces that arise when you compare the work of Morisot and Cassatt to their male contemporaries?