2.3 The Return of Emotion: Romanticism I 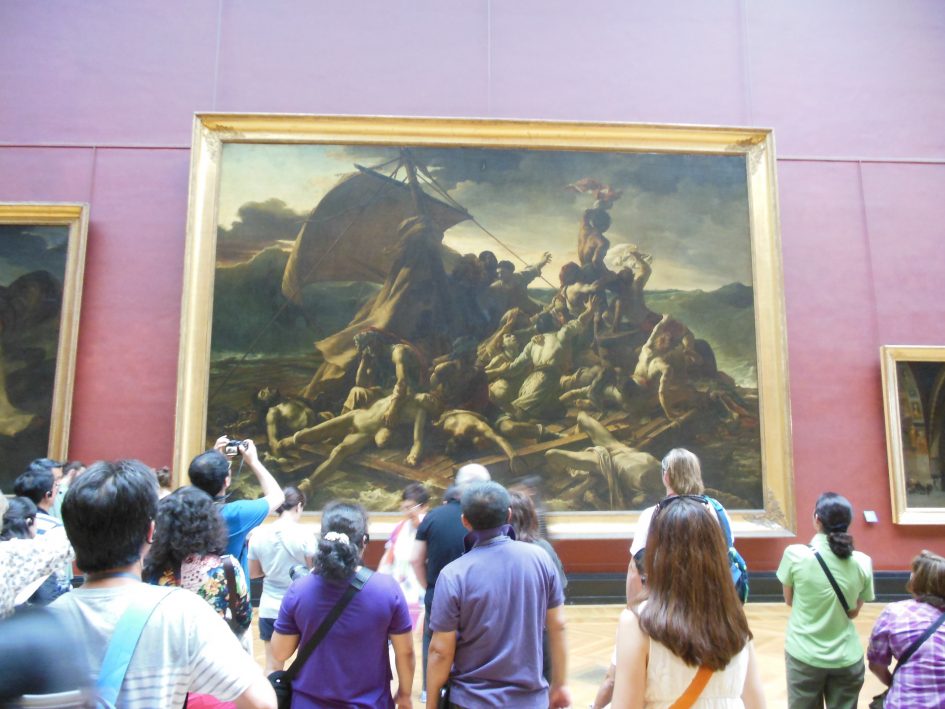 Theodore Gericault's Raft of the Medusa at the Louvre.

The Enlightenment’s exaltation of reason above all else meant a decreased appreciation for the emotional, the mysterious, and the unknown. Romanticism, a cultural movement that starts in the 18th century and sweeps European art, music, and literature in the beginning of the 19th century, reacts against the stoicism of the Enlightenment with a focus on individual, subjective experience and emotion. Romanticism is more of a sensibility than a coherent stylistic movement, as many of the works we will see appear stylistically very different.

Smarthistory: A Beginner’s Guide to Romanticism

A concept from the philosophy of Edmund Burke that was of interest to many Romantic thinkers and artists was “the sublime.” The sublime cannot be grasped by reason and science alone

Read the following two passages from Edmund Burke’s A Philosophical Inquiry into the Origin of Our Ideas of the Sublime and Beautiful (1757).

How could you define the notion of the sublime in contemporary terms? In what ways can artists evoke the sublime? How can they evoke the beautiful? What is the main difference between sublime and beautiful?

Swiss-English painter Henry Fuseli explored the sublime in relationship to the dream world. His painting The Nightmare was both scandalous and immensely popular in its day, connecting to the larger cultural interest in the unknown.

How does this painting compare to Neoclassicism? How does it stylistically convey a sense of terror and mystery?

Another artist who explored nightmares and dreams in his work was Francisco Goya. His prints and paintings brought together a Romantic interest in the unknown and the mysterious with political content critiquing the atrocities of war and the vagaries of superstition and the old world, making him a transitional figure between the Enlightenment and Romanticism.

How does Goya communicate his political position through painting in The Third of May, 1808? What about this is romantic and lends itself to more emotionality than David’s political paintings?

The end of the revolution with the rise of Napoleon in the early 19th century signaled a major shift in government patronage of the arts. Napoleon sought out artworks that made him look heroic and solidified his position as emperor. David’s style changed when we began to paint Napoleon’s portraits, and his students lead the way in transitioning to a more romantic style.

The inclusion of contemporary figures in history painting, which was radical at the time, continued to push the boundaries and limits of academic painting and the cultural values of the Salon. With Gericault’s Raft of the Medusa, painted after Napoleon’s reign in the Restoration Monarchy, the plight of average people is raised to a level unprecedented in history painting and critique of the current political regime radically challenges Salon audiences.

Louvre: Raft of the Medusa

What makes this painting so radical for its time? How does the composition convey a sense of dynamism and drama? What were the exhibition circumstances for this work and how do they relate to the work’s significance?

What differentiates Romanticism from Neoclassicism?

Why do you think artists felt a need to embrace emotion and the sublime at this particular moment in history?

What later impacts do you think this movement will have on both the arts and how we come to understand the role of the artist.