1.7 Baroque Art in Italy and Spain 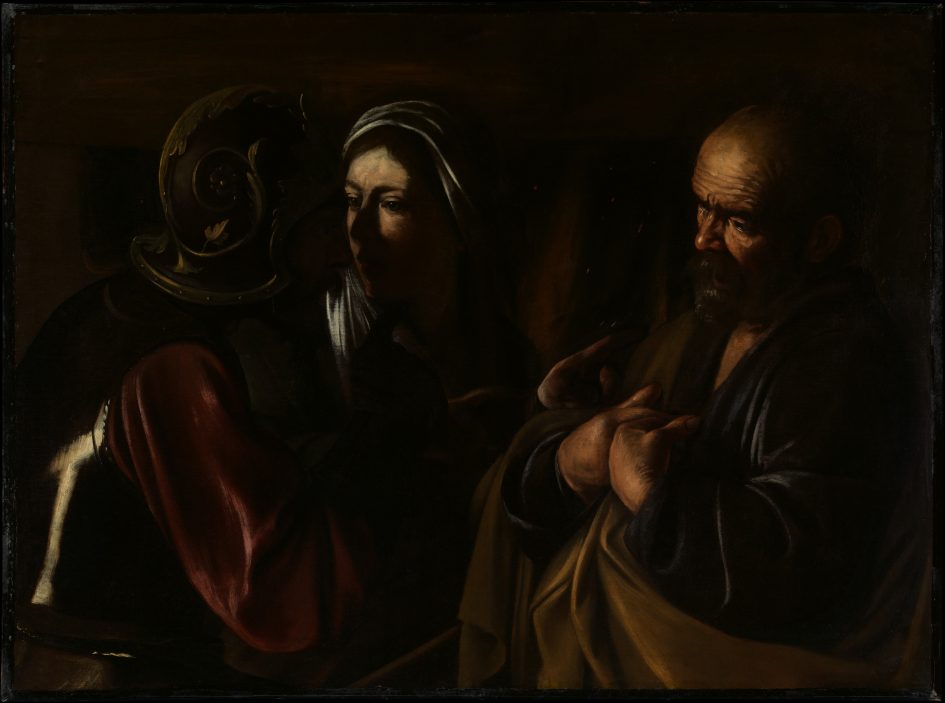 The seventeenth century in Europe is largely referred to as the “Baroque” period in the arts. The term today connotes the dramatic, momentary, and even emotional character of art of this period. Compared to the balanced compositions and ideal proportions of the Renaissance, much of Baroque art was dynamic and almost appeared to move.

Gian Lorenzo Bernini (1598-1680) was one of the most successful artists of his day, and perhaps the first Italian sculptor to rival the fame and reputation of Michelangelo. His sculpture of David is one of the best entryways to understanding how Baroque style departs from what came before it.

What about this sculpture is different from earlier iterations by Donatello and Michelangelo? Consider specific formal elements and narrative context.

Bernini was also an integral part of Rome’s rebuilding in the 17th century. The renovations began in the 16th century and were finally completed with the dramatic piazza in front of St. Peter’s in the height of the Baroque period.

How do these contributions to St. Peter’s connect to the concept of “drama” in Baroque art? Can you connect these projects to Bernini’s notion of the bel composto or “beautiful whole” and unification of the arts?

Another signature piece by Bernini that also engages the concept of the bel composto is the Ecstasy of St. Teresa. This work relates again to the popularity of mysticism in the Catholic church during the Counter Reformation. Look at both Bernini’s sculpture and read some of St. Teresa’s narrative of her encounter with an angel (the subject of Bernini’s sculpture).

In what terms does Teresa describe her spiritual rapture? How is this perhaps shocking or surprising to a contemporary reader? How does Bernini’s sculpture communicate Teresa’s words? What formal elements and Baroque stylistic characteristics are particularly well-suited to this story?

Painting in Baroque Italy took a few different directions: the classicizing tendencies of the Carracci family and their followers, the dramatic and illusionistic ceiling paintings of Guido Reni and Francesco Borromini, and the intense naturalism of Caravaggio. Caravaggio’s (1571-1610) impact was widely felt throughout Europe, spawning many followers of his dramatically lit and intensely natural compositions that took a radical take on both religious and secular subject matter.

Smarthistory: Caravaggio and the Caravaggisti

Caravaggio’s Calling of St. Matthew is particularly emblematic of his style and a great example of chiaroscuro and tenebrism.

One of Caravaggio’s most devoted followers was Artemisia Gentileschi (1593-1653), an artist who was able to have a successful career despite all of the institutional and cultural barriers to women becoming artists that persisted throughout the 17th century. She is most well-known for her dramatic portrayals of the Old Testament story of Judith slaying Holofernes, a subject which has often been linked to her own traumatic experiences.

Diego Rodríguez de Silva y Velázquez (1599-1660) became the court painter of Spanish royalty, creating some of the most dramatic and enigmatic portraits in art history. In some of his early work, you may notice the influence of Caravaggio’s realism as well as some of his own distinct style.

What elements of this painting recall the style of Caravaggio? How does this seemingly simple genre scene tell us about the class structure of 17th century Seville?

As Velázquez’s career took off, he received more royal commissions, including this painting of a battle depicting a very specific form of political power.

Velázquez’s art found opportunities not only to paint political propaganda for those in power, but also to complete dignified portraits of individuals not generally painted at this time. His portrait of his enslaved assistant is one of these instances, and a key reminder of the gross inequalities and exploitation that accompanied much of the Age of Exploration.

This painting was completed as a demonstration of the artist’s talent while he was under consideration to paint the portrait of the pope.

Optional: WGA: Portrait of Innocent X (reading optional, but look at the image for the question below)

Comparing these two paintings, which individuals do you feel most connected to? What issues of power and representation arise between sitter, artist, and viewer in each of these?

The complex dynamics of artist, sitter, and viewer are explored even deeper in Velázquez’s most famous painting, Las Meninas, arguably one of the most significant and influential paintings of the Baroque period and in all of western painting.

How is this a Baroque painting? What elements of style and composition make this seemingly mundane portrait of a royal child dramatic and even mysterious?

How did Baroque style depart from the Renaissance? What possible historical and cultural reasons could account for this?

Why do you think Caravaggio’s religious paintings were particularly appealing to 17th century audiences?

How did Velázquez negotiate social and political hierarchies through his artworks?