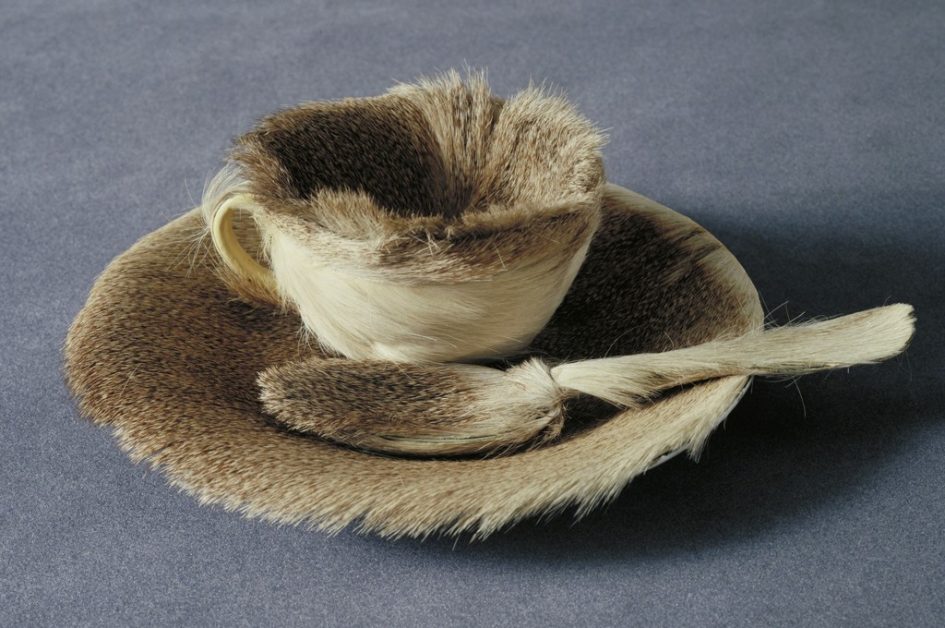 The Great War and Dadaism

World War I saw conflict and destruction on an unprecedented scale and fundamentally altered an entire generation’s outlook on the world. As modern technological warfare killed and maimed with an effectiveness previously unimagined, artists began to abandon reason and embrace absurdity. Dada began in neutral Zürich, a haven for artists fleeing war, but soon spread to a number of other cities, each forming its own distinct exploration of dada’s themes.

Marcel Duchamp (1887-1968) became a giant of the movement, both in his native France in New York City. His constant exploration of the readymade and chance made his work not only important to dada, but also to later Pop, Neo-Dada, and Conceptual Art.

MoMA: Jean (Hans) Arp, Untitled (Collage with Squares Arranged according to the Laws of Chance)

How do these artworks challenge artistic convention? What do they say about authorship? Originality?

From the Absurd to the Surreal

Many members of dada became associated with a later movement, Surrealism, which similarly rejected intentionality and rationality only not to embrace absurdity and chance but rather to engage the unconscious. Dream life, repressed desires, and other subconscious elements of life were of interest to the Surrealists, who believed in the potential liberation found in embracing these neglected parts of life.

Yet again we have a manifesto – a document that deliberately states the aims of a self-defined artistic movement. Like the Futurist Manifesto, Breton’s document speaks of liberation and a rejection of conventions. However, Breton’s manifesto has key differences. What is Surrealism, according to the manifesto? How can it be brought about? Through what techniques and strategies?

Surrealist art embraced a number of very different formal styles: automatism, dream-like imagery, photography, and found objects. Even though these look wildly different, they all embrace elements of the unconscious.